Can a Texas POA Delegate Authority? 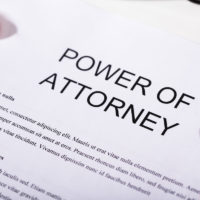 Establishing a durable power of attorney can be a useful and important tool in planning your estate to make sure your wishes are carried out even if you become incapacitated. A parent can give their child a power of attorney (POA), for example, in the event that the parent is unable to make decisions on their own at some point in their life. But problems with a POA may arise depending on the type of decision that needs to be made.

A POA can delegate authority to make decisions under certain circumstances

An interesting question recently came up in a San Antonio periodical: What happens when someone demands authority to act on behalf of your family member when you have been named POA? Consider this scenario. A father granted his son a durable POA a decade ago, giving the son the right to make decisions should the father lose capacity to do so. The father now resides in a nursing home and is not always clear in his mind. The son recently attempted to sell his father’s car to a dealership, but the dealership refused to accept the son’s authority as agent. Instead, the dealership requested that one of their employees be named as the father’s agent in order to sign any papers related to the car sale. The son wondered if this was advisable or even possible.

It is unlikely that the son can delegate that kind of authority under the POA. If the durable POA document gave the son that kind of authority, then he may be able to do so under Texas law as amended in 2017. But it is unlikely that language would have been in the original POA because Texas law did not authorize that sort of delegation at the time. Moreover, creating a durable POA is meant to give authority to some person in particular to rely on their personal judgment – in this case, the son of the father. It is not meant to allow a stranger to make decision for the father.

A recent change to the Texas Estates Code expanded the powers of durable POAs and may change the analysis concerning delegation of authority under certain circumstances. Section 751.031 as amended allows a person given POA to “delegate authority granted under the power of attorney.” But, even under the 2017 amendments, in order for someone given a durable POA (the agent) to grant a third party the power to transfer the property of the principal, the document establishing the durable POA must have clearly stated that the principal wanted the agent to have the ability to delegate that specific ability to the third party. So, if the durable POA did not state that the agent (in the example above, the son) could delegate the right to transfer the principal’s property to a third party (in this example, the car dealership), then the agent does not have the authority to do so.

The 2017 changes are also important for the son in this example because the law now demands that third parties must accept the authority of a durable POA or object based on specific, valid legal grounds through a strict procedure. The car dealership must accept the son’s authority to transfer the car, or follow the appropriate procedure to object. They cannot simply refuse the son’s authority and demand that their employee be named as agent.

A qualified estate planning attorney can help you determine whether to establish a power of attorney, evaluate your best options for an agent, guide you through the process for doing so, and aid a named POA in how to properly effect decisions such as selling a car. In Harris County, Texas, contact the Stephens | Domnitz | Meineke PLLC to schedule a consultation for establishing or effectuating a power of attorney, or with any other questions relating to estate planning. Our Texas estate planning lawyer will work with you to create an estate plan that meets your needs and achieves your goals.

By Stephens | Domnitz | Meineke PLLC | Posted on March 27, 2019
Leigh B. Meineke is the founder and principal attorney at the Stephens | Domnitz | Meineke PLLC, where she has been advising and representing individuals and businesses in Houston and Harris County since 1995.
Leigh has been practicing law with area law firms since 1980 and excels in the fields of business law, estate planning and probate, and real estate and construction law.
In addition to her legal practice, Leigh spent 13 years as an adjunct professor at both the University of Houston and Houston Baptist University, teaching classes on business law and human resources management.
Read More